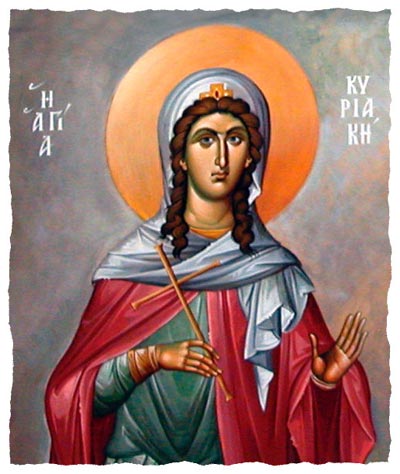 Saint Kyriaki was the daughter of Christian parents, Dorotheus and Eusebia. She was given her name because she was born on Sunday, the day of the Lord (in Greek, Kyriaki). Kyriaki was raised in a Christian enviornment and was highly respected, extremely educated, and philanthropic, but also very beautiful. Dorotheus and Eusevia were elderly and […]

The Incorrupt Right Hand of Saint John the Baptist

The body of Saint John the Baptist was buried in the Samaritan city of Sebaste. The holy Evangelist Luke, who went preaching Christ in various cities and towns, came to Sebaste, where they gave him the right hand of the holy Prophet John, the very hand with which he had baptized the Savior. The Evangelist […]

The Nativity of Saint John the Baptist 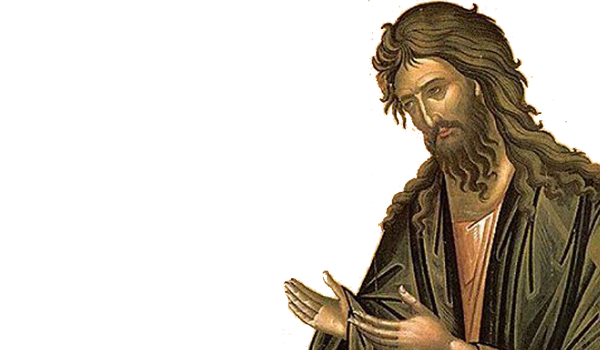 Six months before his appearance in Nazareth to the All-holy Virgin Mary, the great archangel of God, Gabriel appeared to Zacharias the high priest in the Temple at Jerusalem. Before he announced the miraculous conception to the unwed Virgin Mary, the archangel announced the miraculous conception to the childless old woman Elizabeth. Zacharias did not […]

The Hieromartyr Eusebius, Bishop of Samosata, stood firmly for the Orthodox Confession of Faith proclaimed at the First Ecumenical Council at Nicea in the year 325. For this he underwent persecution by the Arians, being repeatedly deprived of his see and banished. The emperor Constantius (337-361), patron of the Arians, learned that St Eusebius kept […]

Photo: Catacomb of St. Sabastiano: Fragments of a wall plaster from the triclia with numerous graffiti that ask for the prayers of the martyred apostles, Peter and Paul. Copyright Pontificia Commissione di Archeologia Cristiana, Roma In our Prayer rule we can also ask the saints to intercede for us and to help us in our […]

A Newly-Revealed Saint with Incorrupt Relics in Romania 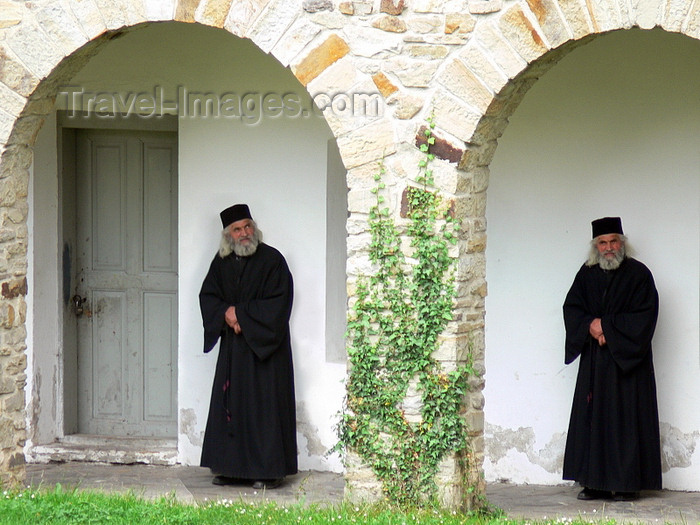 Our father among the saints David of Wales (ca. 512-587), known in Welsh as Dewi Sant, was a 6th century bishop and monastic founder in Wales and is its patron saint. He is also known as the Dewi Ddyfrwr (David the Water Drinker) due to his drinking only water and the founding of many holy […]

Gerasimos the Righteous of Jordan (March 4)

This remarkable and renowned saint first learned about the ascetic life while he was in the Egyptian Thebaid. He then went to the Jordan and founded a community in which there were seventy monks. This community still exists today. He instituted a special rule for his monastery. According to this rule the monks spent five […]

THE MIRACLE OF SAINT EUPHEMIA THE GREAT MARTYR

St. Euphemia was born in Chalcedon (present-day Kadköy), the daughter of devout parents, Philophron and Theodosiani. She was tortured during the persecutions of Emperors Diocletian and Maximian in the late third century. The Saint played a major role in inspiring the Fathers of the Fourth Ecumenical Council. During that council (451), St. Euphemia worked a […]