The Lenten Prayer of Saint Ephraim the Syrian 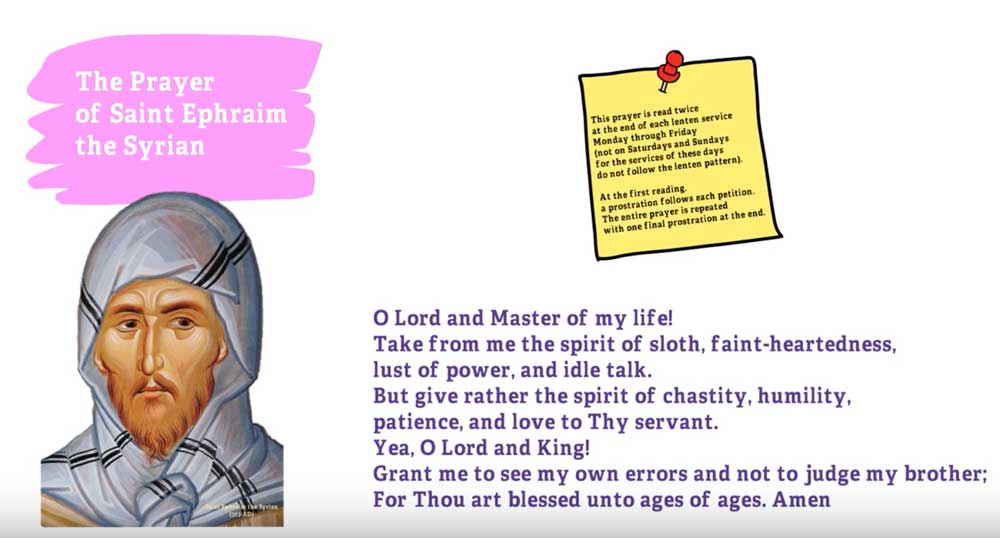 A short explanation of the Lenten Prayer of Saint Efraim the Syrian.

Saint Ephraim the Syrian, the great poet saint of the Syriac Church, was born in c. A.D. 306 in Nisibis of Mesopotamia (northwest of Mosul, Iraq). While some late sources claim that his father was a heathen priest who worshiped an idol called Abnil, his own writings affirm that he was raised in a Christian […]