Sylvester was born in Rome, the son of Christian parents, Rufinus and Justa, who entrusted their son’s education in the faith to the priest Charitius (or Timothy, according to some sources). The student was witness to his teacher’s martyrdom. Sylvester was ordained to the priesthood by Pope Marcellinus and steadfastly performed his sacramental and pastoral […]

Saint Seraphim of Sarov, a great ascetic of the Russian Church, was born on July 19, 1754. His parents, Isidore and Agathia Moshnin, were inhabitants of Kursk. Isidore was a merchant. Toward the end of his life, he began construction of a cathedral in Kursk, but he died before the completion of the work. His […]

The Blessing of Saint Basil’s Pie in Hong Kong

On Tuesday, January 1st, Metropolitan Nektarios of Hong Kong and Southeast Asia, after the celebration of the Divine Liturgy, presided over the Doxology for the beginning of the New Year and blessed the traditional Saint Basil’s Pie.

The Life of Saint Basil the Great 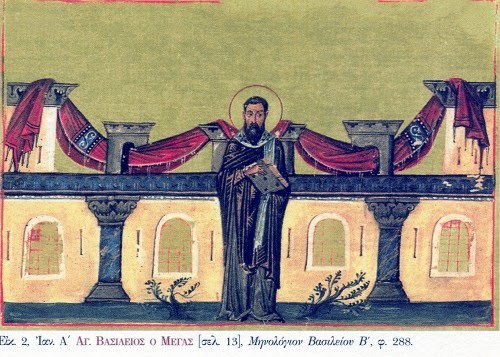 The Life of Saint Basil the Great (January 1st)