The fifty days following Pascha until the Feast of Pentecost are known as the period of the Pentecostarion in the Orthodox Church. At the mid-point between these great feasts of Pascha and Pentecost, on the twenty-fifth day which is always a Wedneday, is one of the most beloved feasts for the most devout Orthodox Christians known quit simply as Mid-Pentecost.

Saint John the Russian, a New Confessor and His Incorrupt Relics 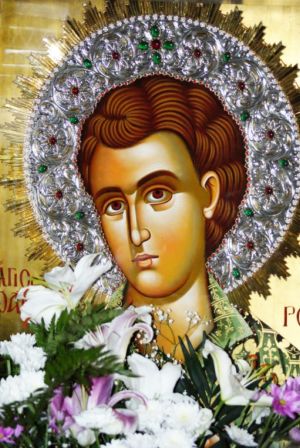 The Holy Confessor John the Russian was born in Little Russia around 1690, and was raised in piety and love for the Church of God. Upon attaining the age of maturity he was called to military service, and he served as a simple soldier in the army of Peter I and took part in the Russo-Turkish War. 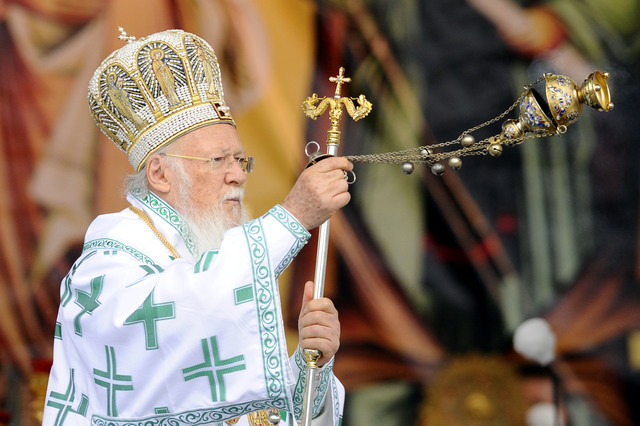 On May 25,2013, about 2000 people attended the liturgy the Ecumenical Patriarch Bartholomew celebrated in Mikulcice, a place linked to the medieval Christian missionaries Sts Cyril and Methodius, in spite of the rainy weather.

Excerpt from the Commentary on the Healing of the Paralytic, by Saint John Chrysostom 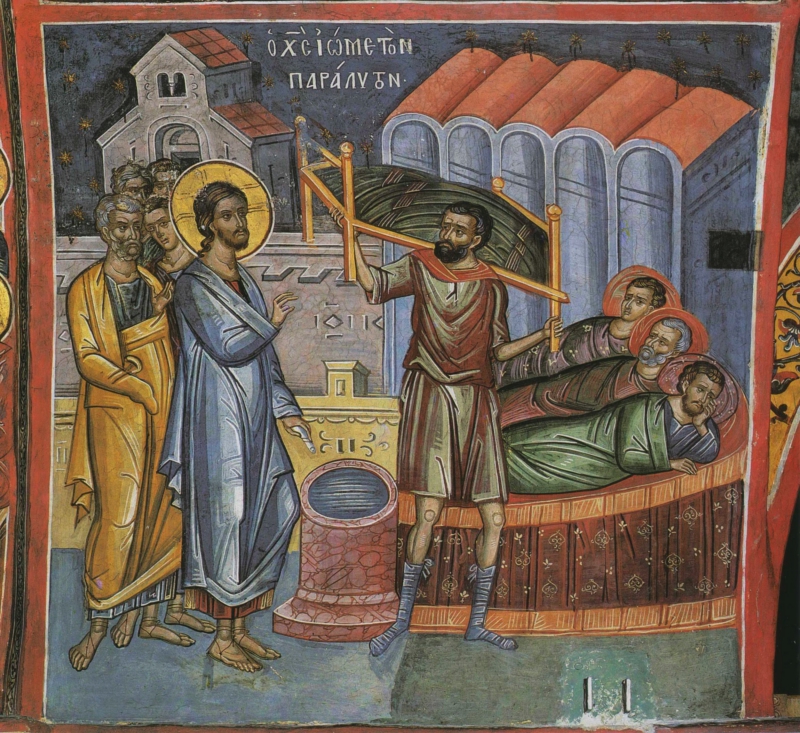 What manner of cure is this? What mystery doth it signify to us? For these things are not written carelessly, or without a purpose, but as by a figure and type they show in outline things to come, in order that what was exceedingly strange might not by coming unexpectedly harm among the many the power of faith. What then is it that they show in outline? A Baptism was about to be given, possessing much power, and the greatest of gifts, a Baptism purging all sins, and making men alive instead of dead. 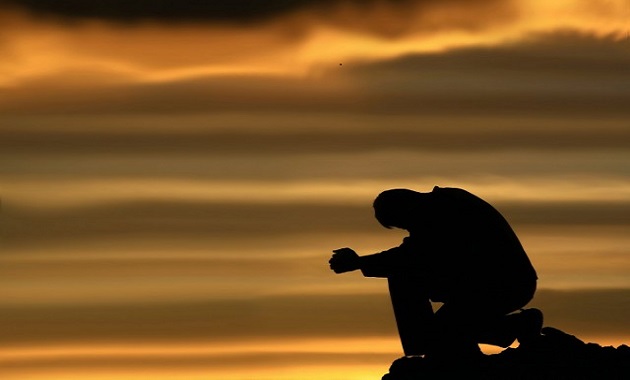 Ascent to heaven begins with contrition, with real repentance, with remorse. It’s worth remembering that we weren’t made to return to dust. The life of the passions doesn’t in fact bring joy and satisfaction. Attaching yourself too firmly to the things of this world is a serious mistake and brings its own cost in terms of bitter consequences. It’s not unfeasible to advance beyond the visible. Anyone can manage it. 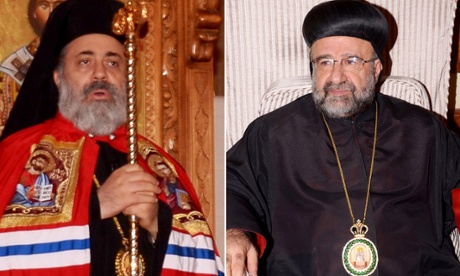 One month lapsed and we are still living the nightmare of the abduction whereabouts our two Archbishops Mar Gregorios Yohanna Ibrahim Metropolitan of the Syriac Orthodox Archdiocese of Aleppo, and Boulos Yazaji Metropolitan of the Greek Orthodox Archdiocese of Aleppo, were kidnapped on the 22nd of April 2013. An unknown group has abducted them without claiming its responsibility until now, neither announcing the reasons for the abduction nor knowing their place.

On the Sunday of the Paralytic Man 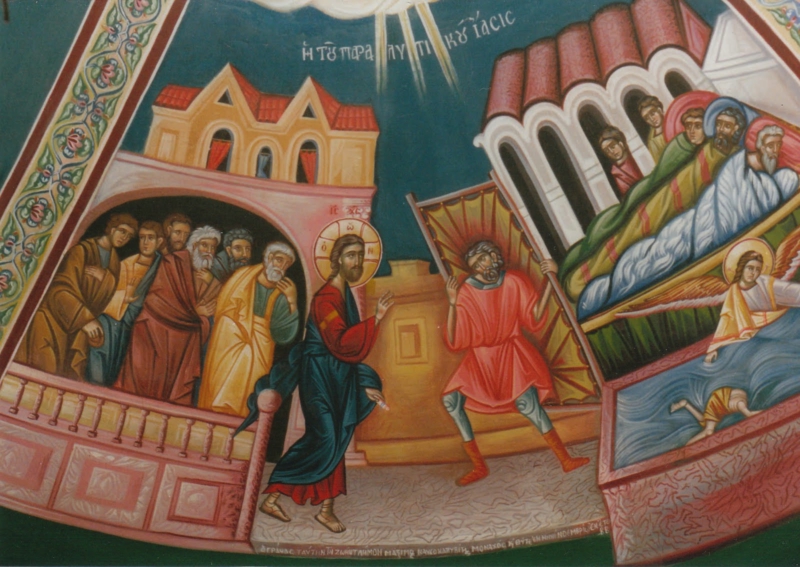 One man was there, who had been ill for thirty-eight years. When Jesus saw him and knew that he had been lying there a long time, he said to him, “Do you want to be healed?” The sick man answered him, “Sir, I have no man to put me into the pool when the water is troubled, and while I am going another steps down before me.” Jesus said to him, “Rise, take up your pallet, and walk.”

What It Means To Be An Orthodox Clergyman and Theologian Today 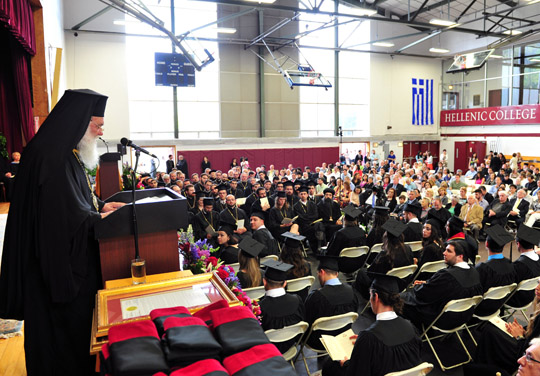 I would like to thank the All-Good God and His Eminence Archbishop Demetrios of America from the bottom of my heart for the highly honourable opportunity to partake of the joy of the celebration of these young theologians’ graduation from the School of Theology of Boston and I am deeply moved indeed to be here in your midst.

Constantine the Great and Historical Truth 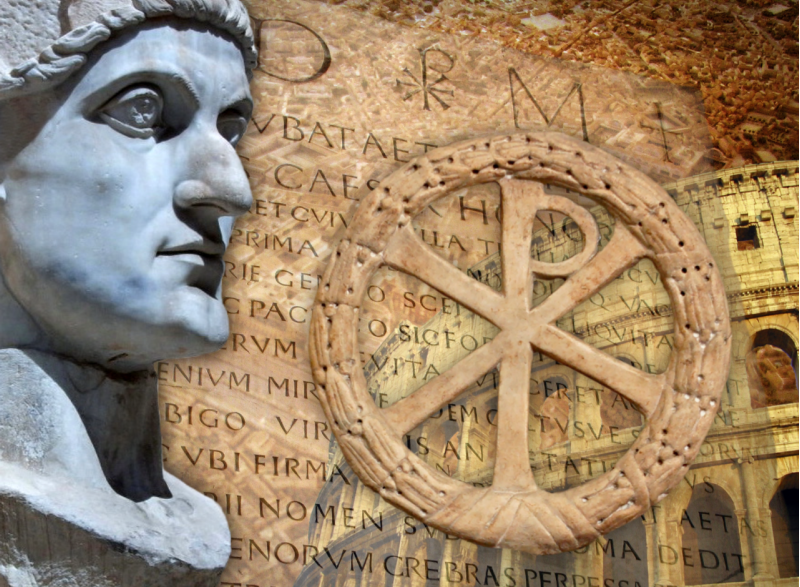 Below is an excellent article by Fr. George Metallinos that portrays the truth about Constantine the Great and shows with conviction why the Orthodox Church honors him as a Saint and “Equal of the Apostles”. It also answers the numerous critics of Constantine, among whom accuse him as being one of the most evil men in history.

Why Do We Venerate Constantine the Great as a Saint?

The very name of Constantine is enough to move the heart of any Christian. It moves us because the first to bear the name Constantine I, the Great, was not merely one of the greatest men in world history, but he was something more besides: a saint.